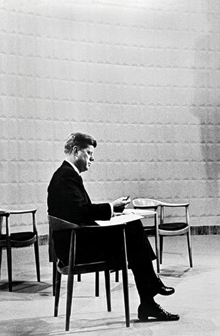 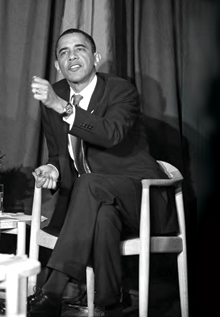 Three large glass walls at 40 Gundulićeva Str. unselfishly reveal an airy and modern space entirely atypical not just for Zagreb but for a much broader area. How does one define the genre of Nord Klassik, a project of layered implications that is more than just a furniture showroom? The symbolic core of the space — The Chair – by Danish designer Hans Wegner, a chair of visually simple design and an even simpler name — is a possible guideline. Now an iconic piece of design, it attracted attention in 1960, when conservative Richard Nixon and J. F. Kennedy, the bearer of new democracy and optimism of the mid-20th century, faced each other in a presidential campaign debate. Wegener’s modern, functional and formally restrained chair, in which Kennedy seemed more natural than Nixon, is a signifier of the era in which design became more than just furniture: its ethics and aesthetics were matters of the world view and the orientation towards an open, progressive, and rationally organized society.

This was the point that architect Maja Tedeschi started from when she decided to open a showroom of Scandinavian, mainly Danish design and Bulthaup kitchens. Instead of a conventional furniture shop she came up with a concept similar to a gallery space where thoughtfully arranged groups of furniture pieces represent didactic, expressive environments. Within the neutrally shaped, monochromatic space similar to New York’s loft-galleries, the layout of the exhibits is such that every item can be seen as a separate artifact, yet preserving the density that suggests application in real situations. Groups of furniture, which Maja calls “compositions”, polemicize with the conventional “functions” of residential living and show that the kitchen, dining, living room or the workspace may overlap and combine in terms of the layout and selection of furniture, thus creating perhaps unusual but also enticing situations within the rhythms of everyday life. 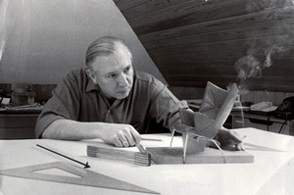 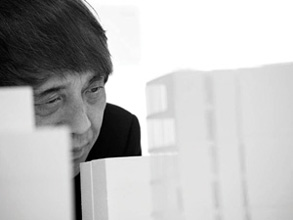 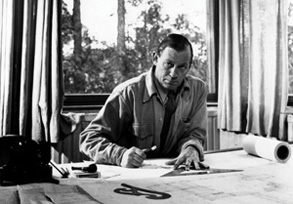 The showroom is an extension of the street. The ground floor and the second floor of a conventional, relatively severely designed Lower Town building dissolve in serene and harmonious ambience of double elevation. Right next to the entrance is the Dream Chair of famed Japanese architect Tadao Ando. It is not accidental, as Danish design is sometimes referred to as the “Japan of Europe”. Ando designed the Dream Chair in the spirit of his insistence on the cultural exchange between East and West, as a masterly Japanese homage to Wegner. Following this are classics by Poul Kjærholm and other Danish designers, two blocks of Bulthaup kitchens and, as a special accent, Wagner’s comfortable, simultaneously traditional and modern Wing Chair, which served as a model for many later iterations of armchair design. The intimate back room boldly associates Kjærholm’s robust modular PK54 table with the organic design of Finn Aalvar Alto and company Artek.

The spatial tie between the ground and the upper floor begins below the gallery, where an elevated landing features the office, from which a concealed staircase continues upwards. This anti-monumental, “Japanese” decision not to make the stairway an event but to make it serve as a syncope in the spatial progression corresponds logically with the values of design that the showroom hosts.

Ascending the stairs reveals The Chair, followed by a few more compositions — groups of furniture that present the concept of free combination of typology and aesthetics in the same manner as the ground floor arrangements. One of the discreet “peaks” of the connoisseur’s exquisite collection are Wegner’s unpretentious CH24 Wishbone chairs for dining, perhaps the most comfortable examples of their typology, whose subtle shaping undoubtedly stems from the Far East. Some products/exhibits throughout the showroom are accompanied by didactic cabinets with explanations of the technology and manufacturing methods used. 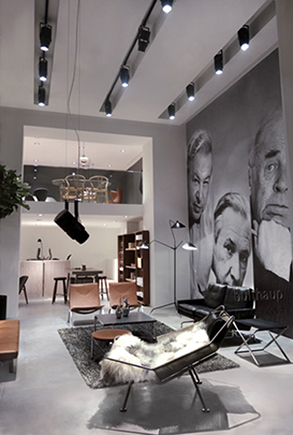 Why is the Nord Klassik project important? First, the showroom as a physical space, rather than a web store or a selection from a catalog, is the best way to encounter design, especially within the concept of “demonstration environments” as Maja conceived them. The direct contact between the architect or the user and the product is indispensable because of the experience of the relationship between the body and the furniture, the tactile properties, the changing of proportions and perspective with movement. Maja’s methodological approach, in which the spatial design and the selection and arrangement of furniture mutually influence each other, should also be added. Second, Nord Klassik is a contribution to the promotion of the culture of design and architecture. It is not sufficiently precise to say that Scandinavian modern design defies aging — for it is timeless. Formal concentration, but also a poetic quality, comfort, constructive rationality and faultless manufacture are universal values. This is why the items of Scandinavian design or individual ideas have become archetypes that other designers later implemented in their work. The Chair was thus probably one of the inspirations for Bernardo Bernardi, the most famous Croatian designer. Croatia does not have a museum of design and Nord Klassik fills some of the gaps. Finally, the Nord Klassik space itself, which is connected with the culture of communication of products, meets that at the highest level. Nord Klassik should therefore be understood through the overlapping of commercial and didactic, architecture and design, “experimental” and “classical” — which makes it transcend from a showroom into the format of a long-term project. 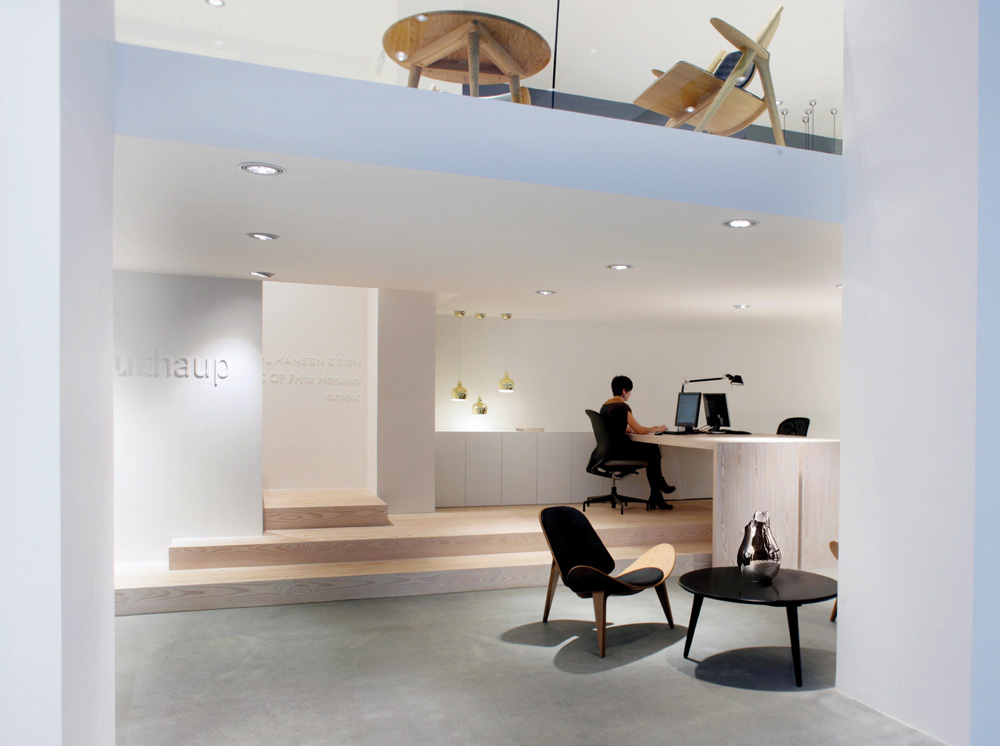 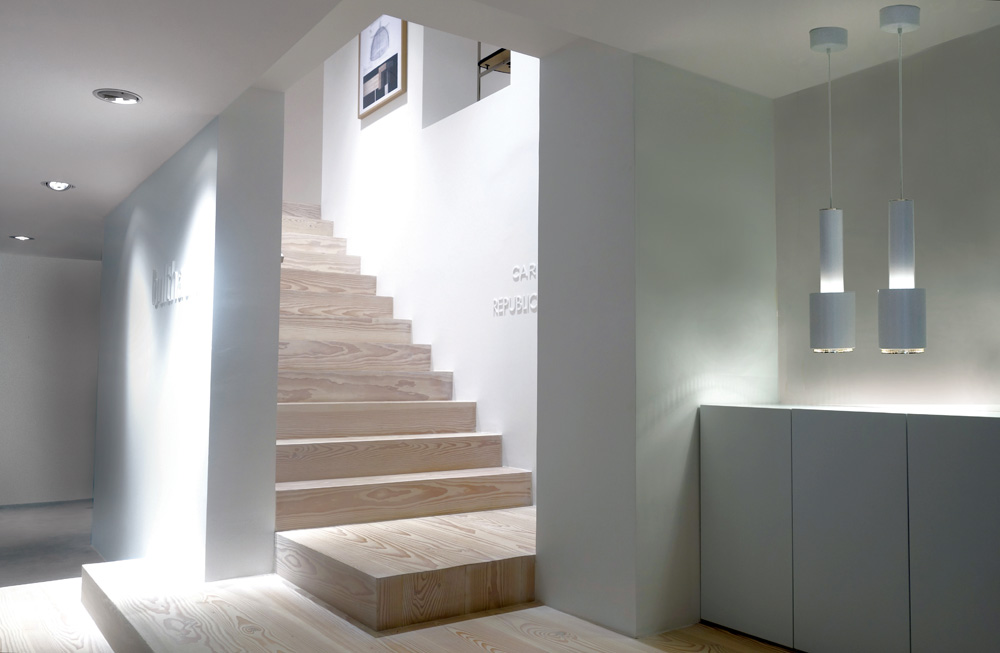